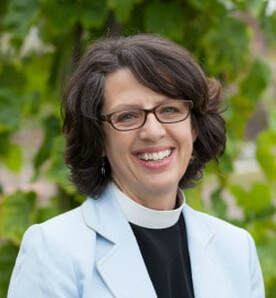 The Reverend Brenda Sol began as rector at St. Andrew's on May 4, 2014.  She came from Saint Michael and All Angels Episcopal church in Dallas, Texas where, as an Associate Priest, she focused on Pastoral Care and programs for young adults.  During her time in Dallas, Mother Brenda was a member of the Lilly Fellows Program in Humanities and the Arts, which seeks to strengthen the quality and shape the character of church-related institutions of higher learning.

A native of Montana, Brenda began her undergraduate studies at the University of Oregon, completing her B.S. in Elementary Education at Montana State University-Billings.  She continued her education by earning a Master's degree in Spiritual Psychology at Antioch University in Seattle, and later began her theological studies at Seattle University's School of Theology and Ministry.  She completed her Master of Divinity degree at Virginia Theological Seminary in Alexandria, Virginia in May, 2012.

For 20 years before discerning her priestly vocation, Brenda enjoyed a diverse career in the western U.S. involving teaching, life coaching and serving as a membership manager for a prestigious private club in Seattle. She also spent a year as a volunteer in Honduras. 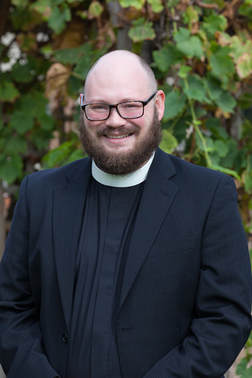 The Reverend Richard Hogue Jr. began as the full-time Associate Rector at St. Andrew's in 2017.  As of April 1, 2020, he serves as the three-quarter time Vicar of Holy Cross-Carlsbad and one-quarter time as an Associate Priest. In his role with us, he focuses on the Community Organizing Committee, Young Adults Ministries, and Intentional Community efforts.

Richard grew up in the Northern Wisconsin where he was deeply rooted in the Episcopal tradition. Before ordination, some formative experiences shaped who he is as a priest today, including volunteering in the dense, economically challenged areas of South Africa. He then attended seminary at the Church Divinity School of the Pacific in Berkeley. Before moving to southern California, Rev. Richard served as the Vicar-in-charge of Christ Church-Harrison and as the missioner for three Episcopal churches in Jersey City, all in the diocese of Newark. He is joined in ministry by his wife Maura—also a life-long Episcopalian with degrees in Religious Studies and Education. 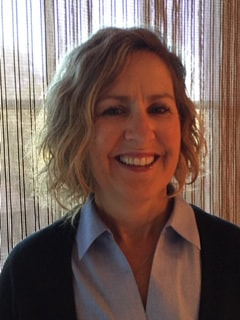 After more than 25 years working in the private sector, as a community volunteer, and on the home front raising children, Alison joined the team at St. Andrew’s as Parish Administrator.

Alison's professional career evolved over the years, but settled in the practice of human resources. Most recently, she was the HR Manager at a mid-sized tech company where she was responsible for all-things HR (e.g. benefits, payroll, performance management, employee communications/relations, recruiting) and some things that didn’t fit neatly into anyone else’s responsibilities (e.g. facilities issues, event planning, conflict resolution, etc). 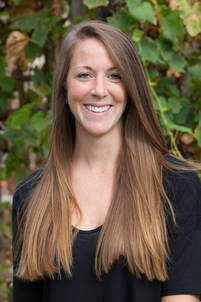 Constance oversees and coordinates all of our youth ministries. Constance has degrees in Religion and Women's and Gender Studies from Augustana College. Constance is certain of her faith, her love of youth ministry and her desire to be of service in God's world. She invites young people to do the same. 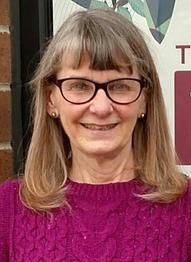 Virginia Sublett is delighted to return to St. Andrew’s as Music Director, a position she first accepted here in 1994.  In 2004, she assumed a full-time faculty position in the Challey School of Music at North Dakota State University. In her 13 years at NDSU, Dr. Sublett has taught applied voice and voice-related academic subjects to students from first-semester freshmen through doctoral students, as well as being the director/conductor of the NDSU Opera.

The vestry is the governing board of the parish, and is elected by the congregation to serve terms of two or three years.
The 2019 vestry: